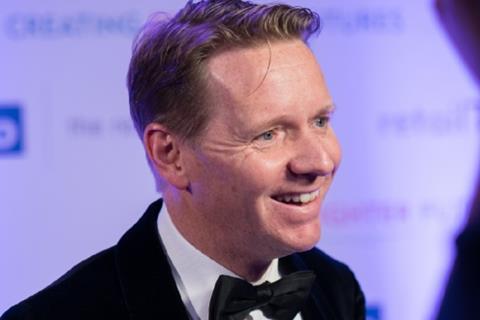 “The impact of COVID-19 on retail sector employees has been overwhelming, and the Retail Trust, now more than ever, is needed to support many families during their greatest need. As ambassadors we must continue to broaden the reach of the Trust and support the charity during these challenging times.”

Damian is an accomplished senior executive and business owner with a proven record of entrepreneurial flair having founded, built, grown and sold two successful businesses in the fashion, retail, licensing and brand sectors. He has over 20 years’ experience working at a senior level in a variety of roles with experience across all aspects of consumer fashion products, from value to luxury, including production, design, marketing, international retail operations, brand development and licensing.

Damian established his first clothing company in the early 1990’s, specialising in childrenswear, the company was nominated for the British Clothing Export award two years running, and as a result of his work, Damian was nominated onto the council of the National Childrenswear Association in 1992 through to 2004.

Damian was instrumental in launching Fairtrade Cotton in the UK, and launching celebrity endorsed apparel ranges internationally with the Kardashian Sisters and Robbie Williams to name just a few that he has worked with.

For the past five years Damian has been CEO of Select Licensing and International Director of Matalan where he has built an international franchise business with 50 stores across 15 countries. Damian is also the Royal Warrant Grantee for Wolsey to HRH Queen Elizabeth and in a voluntary role Damian has been involved with the Retial Trust for many years including chairing the fundraising committee in 2018-19 and is now Co-chair of the ambassadors. Damian is also Vice President of the exclusive retail networking club known as the Twenty Club, founded in 1897. He is married with two children, two dogs and two event horses.