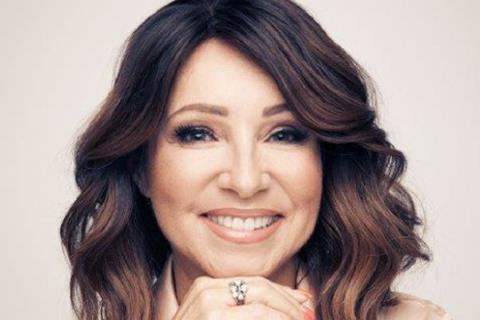 “Aiming to better the working environment for retail colleagues especially women and recognising the importance of looking after everyone’s wellbeing, I am delighted to be an ambassador for the Retail Trust and supporting an association whose missions and values are very close to my heart.”

Jacqueline Gold CBE is Chief Executive of Ann Summers and Knickerbox and is renowned for managing a business run by women, for women. Jacqueline is an activist for women in business, championing female entrepreneurs and, through sharing her own experiences, aims to better the working environment for women. Her attitude towards female empowerment and gender equality inspires countless generations of women to pursue their dreams and celebrate their successes, not least her 11-year-old daughter Scarlett.

From an internship at Ann Summers to Chief Executive Officer in less than 10 years, her determination and commitment to creating a unique retail offering has led to the creation of a multi-channel retail chain, which in 2020 has 91 retail stores, 20,000 direct sellers through its party plan model, a fast-growing online business and an annual gross turnover of £120 million. It is her vision and creativity that has seen Ann Summers grow from an unknown brand to a British household name and stable of the British high street.

In recognition of Jacqueline’s significant achievements during her 35-year career, she was awarded a CBE in the 2016 New Year Honours for services to Entrepreneurship, Women in Business and Social Enterprise. It is this moment in her career that she describes as her proudest.

Jacqueline’s accolades don’t end there, and her other honours include Retail Week’s Most Powerful Woman in Business, Barclays Bank’s Most Inspirational Businesswoman in the UK and numerous awards from publications including Cosmopolitan, Esquire and Good Housekeeping. In October 2012 Jacqueline was named most Inspirational Celebrity at the Inspirational Women Awards and most recently awarded Retail Week’s first Retail Activist Award in 2019 for her work with the #WOW community that she cultivated through her social media, running a weekly #womeninbusiness competition to help further encourage and inspire fellow #femaleentrepreneurs.