One in five retail workers plan to quit the retail industry 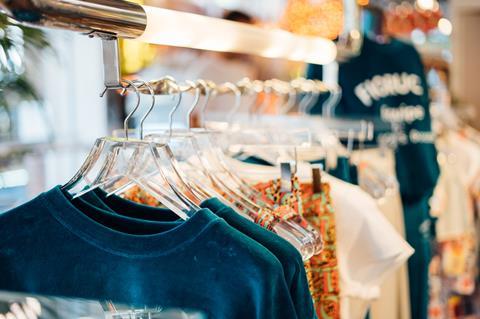 A new report by industry charity the Retail Trust has found that one in five (21%) British retail workers and nearly a third (31%) of people working for the UK’s biggest retailers are planning to quit the sector.

The Retail Trust’s survey of more than 1,500 retail staff, published within its new Health of Retail report, found that most of those intending to leave blame concerns around their finances, rising levels of abuse from customers, and deteriorating mental health coming out of the pandemic.

More than eight out of 10 (83%) said they have experienced a decline in their mental health in the last year, with retail workers aged between aged 16 and 29, those working in distribution and warehouses, and employees of larger retailers found to be struggling the most.

85% of retail managers also reported an increase in mental health problems among their teams and more than half (54%) said team members have experienced issues that they felt ill-equipped to deal with. A quarter (26%) of retail managers say they also want to leave the industry.

The Retail Trust also interviewed leaders of 20 household name retailers for its Health of Retail report and worked with employee engagement platform WorkL to assess the wellbeing of a further 4,500 retail workers, which found that retail is one of the unhappiest industries to work in compared to other sectors.

Despite the declining levels of mental health across the workforce, half of the retail leaders that the Retail Trust spoke to said they believed the wellbeing of employees had improved over the last year and nearly a third said they believed it had stayed the same.

The Retail Trust has also joined forces with a team of data scientists and IT professionals from Microsoft, WorkL and business and technology firms BJSS, Ascent and Incremental to interrogate and analyse a wide range of Retail Trust and industry data on wellbeing in retail to help make the retail industry a happier and healthier place

“People working in retail have moved from one period of turmoil to another. They are exhausted after two years of a global pandemic and now facing a world dominated by a brutal war while coming to terms with a cost of living crisis, with inflation at a 40-year-high, that threatens to put our standards of living back decades.

“We believe the retail industry is committed to improving workplace wellbeing but our research shows there’s a clear gap between how retailers think their employees are feeling and the reality. A worrying 83% of retail workers have experienced a deterioration in their mental health and too few line mangers say they are equipped to deal with this. This poses a serious long-term challenge as more and more people turn away from the sector. The retail industry must foster a happy and healthy workforce to attract and retain the talent it needs to survive and thrive.”

“Our teams can be very diverse and we see the extremes, from suicidal thoughts to ‘I’m feeling really low today and can’t get to work’. We need to help with managers with how they deal with those conversations so they are not expected to take on incredibly complex issues but can get the right support and signpost to organisations like the Retail Trust who can help

“We run training all the way down the business, right down to the sales floor, but engaging and training people starts at the top, if you can create the right culture business where those conversations are encouraged. [Ann Summers’ Executive chair] Jacqueline Gold and [CEO] Vanessa Gold are very open about their own experiences, and it helps us all to open up more.”

The Retail Trust’s Health of Retail report found the rate at which retail workers want to leave the industry is consistently higher than for workers across other sectors.

A head of HR at a supermarket chain told the Retail Trust: “People are re-evaluating their lives as we come out of the pandemic. For frontline colleagues – it’s not well paid, it’s hard and furlough felt unfair.”

A head of group employee engagement at a department store added: “We’re starting to see more people in management roles leave stores, and not necessarily to go to other retailers. They’re making different life choices about where they want their careers to go.”

The cost of living crisis was found to be causing the biggest worry overall, with the Retail Trust receiving a 28% increase in applications for financial aid from retail workers this year compared to the last four months of 2021. There was also a 195% increase in visits to the Retail Trust’s online financial health support over the same period.

A chief people officer at a fashion and lifestyle chain said the business is concerned how best to help staff. “I wouldn’t be surprised [if our biggest challenge this year] is financial wellbeing and how we can better support teams as the cost of living increases. We’re mindful of decent pay increases but also that they’ll be absorbed by National Insurance increases and the cost of living.”

30% of retailers flagged store abuse as one of the top issues impacting staff wellbeing.

One store manager who responded to the Retail Trust’s survey said, “I used to say to my colleagues that for every customer who leaves you feeling upset, there are ten or twenty nice ones. But that ratio is changing for the worse, and how we’re all feeling means we can’t brush it off as easily. We’re here to serve customers, but they’re not always right.”

Another unnamed respondent said: “Our managers say they’re always there if we need them, but once you’ve been in the firing line, it’s too late, and we’re not told how to deal with it.

“On one shift, I was on door duty, and there was a 45-minute wait to come inside. One customer refused to queue, and started shouting, swearing and filming me. I experienced a lot of that kind of behaviour over the pandemic, and it affected me more than I realised. At the time I was so tired, I just wanted to go home, eat and sleep, but there have also been days where I’ve sat down and cried.”

Between 1 May 2021 to 25 April 2022, the Retail Trust answered nearly 14,000 helpline calls, gave out more than £400,000 in financial aid and ran nearly 10,000 counselling sessions to help people working in the sector pay their rent and utility bills and provide support to those facing stress, anxiety, and depression.