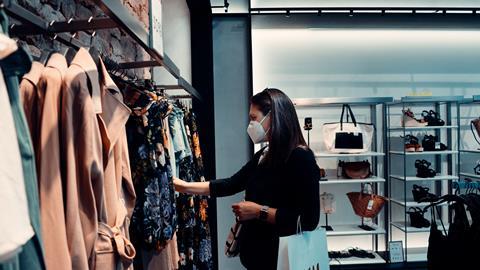 A new report by the charity the Retail Trust has found that under-pressure bosses need better guidance to manage mental health challenges facing their employees.

The Retail Trust’s survey of nearly 1,300 retail workers found that 91% of line-managers have seen an increase in mental health issues among staff since the start of the pandemic but 28% don’t have enough support from their employer to help, with one in seven feeling unable to provide mental health support. This has led to more than two thirds feeling burdened by their team’s problems, despite an overall increase in awareness and support from the industry.

63% of retail managers surveyed said they had been left overwhelmed by the extra work created by the pandemic, resulting in the Retail Trust calling for more employers to introduce expert-led training to ensure managers can spot when their staff need help and know how to signpost to professional advice, rather than feeling they have to take on the burden of counsellor and therapist themselves.

This is one of a series of recommendations within the Retail Trust’s health of retail report which has been launched today as part of a rebrand for the charity, focusing on its new purpose to build hope, health and happiness for everyone working in the sector. Retail workers were surveyed on every aspect of working in retail for the report and HR directors from more than 20 household name retailers were also interviewed to find out what they are doing to help staff.

One human resources director from a leading fashion retailer told the Retail Trust: “In HR you can be quite lonely championing mental health. I think some of our leaders were suffering themselves so I made them more aware of recognizing this,” while a chief people officer from another brand added: “We’ve had to be really honest about how we as managers are doing, physically and mentally.”

Chris Brook-Carter, chief executive of the Retail Trust, said: “Many already overstretched managers are having to take on a variety of mental health and wellbeing challenges that they need more support from their employer with.

“Our findings from the retail industry were that there has been a very positive increase in mental health awareness at work but that this is triggering unnecessary demands on managers to become counsellors to their teams. This is an issue that will be reflected across many other industries and workplaces, particularly since the pandemic, leading to undue pressure and stress for a large number of the working population. It’s important that employers instead give managers the tools to recognize when colleagues are struggling so that they can provide them with access to the right professional mental health support.”

84% of retail workers also said their mental health has deteriorated during the pandemic, leading to symptoms like increased anxiety, changes in eating or sleeping habits and long-lasting sadness for more than a third of staff. People working on the shop floor and in distribution warehouses, as well as younger retail workers in their 20s, have the lowest levels of wellbeing according to the study.

A new logo has also been created for the Retail Trust as part of its rebrand, reflecting its 189-year history supporting people within the retail industry.

Other recommendations within Retail Trust’s health of retail report include:

The Retail Trust’s head of wellbeing, Cliff Lee, adds: “Abuse by the public has a significant impact on people’s happiness levels at work. Alongside formal training on how to deal with confrontation in the workplace, we recommend managers always check in with their team before the end of every shift. No one should go home without having had a debrief. Often just the simple act of talking about what you have experienced that day makes you leave feeling better and more supported.”

A human resources director interviewed by the Retail Trust for the report said: “The pandemic has done two key things for our company: First, cleared us for more flexible working, which before was usually reserved for a small minority of senior leaders. That barrier has been torn down and leaders have openly said ‘we were wrong’. Second, made the business realise they need to put a rocket up the diversity and inclusion agenda.”

Cliff Lee, head of wellbeing at the Retail Trust, says: “Many people are struggling with their financial situation as a result of COVID-19. Research tells us that people preoccupied with financial concerns are less likely to sleep well, enjoy good physical health and ultimately feel fulfilled. Therefore, while employers are not solely responsible for their people approach to financial wellness, they can play an important role in educating and facilitating access to support.”