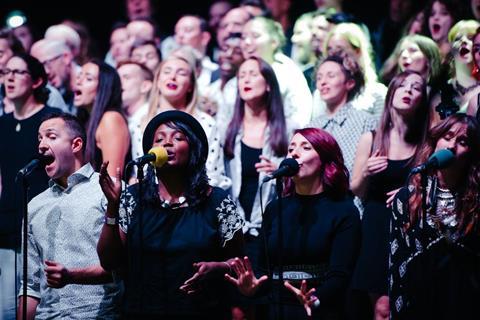 The UK’s most exciting and uplifting non-audition pop choir started in 2010 in London with just seven choir members and now has over 1,000 members meeting in nine rehearsal venues across London, Brighton, Cambridge, Newcastle and York.

Some Voices has developed a signature style of performing original arrangements of popular songs, ranging from Bowie to Bjork, from Stevie Wonder to Stevie Nicks, from folk to hip hop, and everything in between - all with a Some Voices twist.