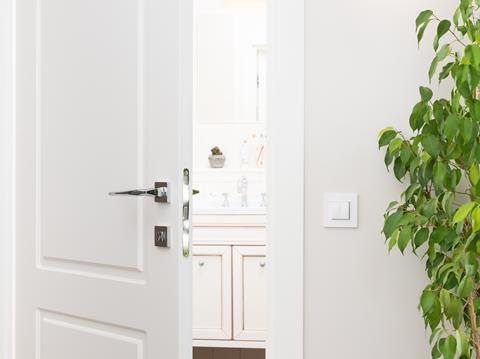 Whether you’re currently directly affected by domestic abuse, you have been in the past, or know someone who is struggling, it’s important to recognise that the following content may bring up difficult feelings. If you are in immediate danger or are reading this article on behalf of someone who is, please contact 999 immediately.

If you would like to speak to a specialist in domestic abuse before you read further, please contact the National Domestic Abuse Helpline on 0808 2000 247. The service is confidential, free of charge, and available 24 hours a day, seven days a week.

Anyone can experience abuse by their partner. It happens to men and women, people of all ages, religions, and backgrounds, and within heterosexual and same sex-relationships. No one is immune and yet, people often believe that abuse is something that could never happen to them.

This article offers insight into the types of domestic abuse that occur, what signs to look out for, and where you can find support. Domestic abuse is nothing to feel ashamed of and telling someone that you need help could save your life.

Please note that we refer to abusers’ victims as targets.

What is domestic abuse?

Domestic abuse can be physical, verbal, sexual, financial, economic or emotional in nature. It’s rare that someone will experience just one form of abuse by their partner, but it’s important to know that regardless of the type, it always gets worse unless the abuser seeks professional help of their own. It is not the target’s job to ‘fix them’ or hope that they’ll change; abuse is never a one-off incident and it escalates in frequency and severity over time.

Why does domestic abuse occur?

Domestic abuse results from a person’s desire to gain and maintain power and control over their intimate partner. Perpetrators of domestic abuse believe they have the right to control their partners, and often enjoy the feeling that exerting power over someone else gives them. Abusers come from all walks of life, all sorts of backgrounds, and from all kinds of professions. What they do have in common is low self-esteem and a poor self-image.

Abusers often believe that their own feelings and needs should be the priority in their relationships, and to achieve this, they use various tactics to make their partners feel as if they deserve the abuse. This is one of the key factors as to why people remain in abusive relationships – the belief that they are at fault, and if they ‘just try harder’ the abuse will stop. This is never the case – the target is not the problem, the abuser is.

Domestic abuse is a learned behaviour, and in fact, many abusers witnessed and/or experienced abuse in their own family of origin (this is sometimes referred to as inter-generational abuse). Of course, this is not to say that everyone who has witnessed abuse goes on to abuse others, but there appears to be a correlation for some people.

An abuser’s peer group, culture, and society may also reinforce the message that abusing a partner is acceptable. For anyone experiencing abuse, it’s crucial to recognise that being abusive is the abuser’s conscious choice.

While other factors such as drug or alcohol addiction, money worries, or unemployment can sometimes escalate the level and frequency of abuse, they do not in themselves cause abuse.

Men are statistically more likely to be domestic abusers, but it’s really important to recognise that women do abuse their partners too.

Why do people stay in domestically abusive relationships?

Sometimes, especially if we’ve experienced abuse in our pasts, we can feel that abuse is normal and to be expected in any relationship. We may also be told that the abuser will harm us or our children and pets if we leave. Or we may have been isolated from our loved ones to the point where we don’t have anyone we can contact for help.

Some people are financially dependent on the abuser, while others might be from a background where leaving a marriage is forbidden. The question ‘why don’t you leave?’ is extremely complex and the reasons are different for everyone. The better question to ask is ‘how can I help you?’.

Domestic abuse accounts for nearly 20% of all violent crime in the UK, and yet, of all crimes, it’s the least likely to be reported to the police. In fact, a target will suffer an average of 35 assaults before they, or someone else, informs the police.

25% of women and 17% of men will experience at least one episode of domestic abuse at some point in their lifetime. Tragically, domestic abuse in the UK leads to the deaths of approximately 104 women and 30 men during an average year.

There are many types of domestic abuse, each as harmful to the target as the others. All abuse is designed to control or manipulate the individual.

Coercive control is a pattern of abusive behaviour which Woman’s Aid defines as ”an act or a pattern of acts of assault, threats, humiliation and intimidation or other abuse that is used to harm, punish, or frighten their victim”.

Illegal in the UK since 2015, coercive control is designed to make a person dependent by isolating them from the support of friends, family, and colleagues, exploiting them, depriving them of independence and power, and regulating their everyday behaviour.

Some signs that may indicate someone is in a coercively controlling relationship include:

This type of abuse involves the abuser using physical force which causes (or has the potential to cause), you harm. Physical abuse often starts gradually, for example with a push or a slap, but always becomes progressively worse over time.

Verbal abuse includes the act of intentionally criticising or insulting someone and is designed to emotionally traumatise the target with the aim of making them feel vulnerable, scared and powerless. This form of abuse can involve name calling, taunting, as well as shouting and screaming.

This type of abuse includes:

Economic abuse can involve restricting or removing the target’s access to essentials such as food, clothing and transport. The abuser may also deny the target their freedom to improve their economic position by not allowing them to work, or if in employment, not allowing them to pursue development opportunities at work.

Support for people in an abusive relationship

What is Bright Sky?

Bright Sky is a free app offering help and guidance to people living in a domestically abusive relationship, as well as those who care about them.

Please only download the Bright Sky app if it is safe to do so and you are sure that your mobile phone is not being monitored. If you or someone else is in immediate danger, contact 999 for help.

Available in English, Urdu, Punjabi and Polish, Bright Sky offers a UK-wide directory of specialist domestic abuse support services with contact details, along with links to other helpful resources and information on topics around domestic abuse such as stalking, online safety, and questionnaires to assess the safety of a relationship. It also allows the user to immediately connect with 999.

Bright Sky users can also use the app to record incidents of abuse via text, audio, video or photo form, without any of the content being saved on the device itself.

The Bright Sky app has been developed by Hestia and Vodafone Foundation.

*The Retail Trust accepts no liability whatsoever for the safety, reliability, durability and performance of the Bright Sky app.

Many survivors of domestic abuse speak of feeling ashamed when they were being abused. However, there is nothing to be embarrassed about – being abused does not mean that you’re weak or deserving of it.

You might be currently in the relationship and considering leaving, or you might just be starting to think about your options. The Survivor’s Handbook from Women’s Aid is an excellent starting point and offers insight into finances, housing, supporting children through the transition, and other valuable pointers.

Money and housing are major considerations when deciding when to leave an abusive relationship. If you are in need of financial assistance, the Retail Trust offers financial aid to help you leave an unsafe situation.

If you’ve not yet told anyone that you’re being abused, or you’ve told someone and they dismissed or judged your experiences, rest assured that there are a number of ways to get support in a non-judgemental way from people who have been there. You will be believed.

Organisations who can help you