Respecting diversity in the workplace 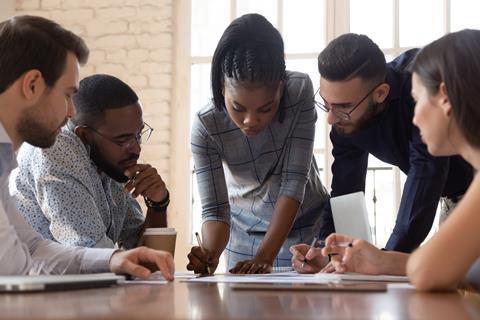 Treating everyone equally regardless of their gender, disability status, ethnic origin, religion or other characteristic should be a universally held standard but not all organisations understand how to make equalities central to their employment practice.

The equality act 2010 ensures that individuals are protected from unfair treatment. The act outlines nine ‘protected characteristics’ that are prohibited from being discriminated against. They are:

How does a diverse workforce benefit your organisation?

The benefits of diversity at work extend to all areas of operations including:

How is discrimination defined?

There are various definitions of discrimination and each is different in its own right.

In building a diverse workplace, what inequalities should your employer be aware of?

There are a number of groups which can be negatively affected by inequality in the workplace. Employers looking to create – and sustain – a diverse workplace should consider how employees who fit into the categories below could be best supported on an ongoing basis.

On average, women earn up to 20% less than men in the same jobs and women may also find themselves discriminated against when on maternity leave or when asking to change their working hours to take care of their children. These are all examples of gender inequality. Conversely, men can also experience gender inequality in the workplace as may be the case if they’re excluded from making business decisions or are barred from applying for promotion based on their gender.

Racism in any form is illegal. Employers who hire people based on their racial or religious identity, or who treat someone from one ethnic group less favourably than another from a different background are in breach of the law. Some people may also find that they are banned from certain social functions as a result of their ethnic background or may find it difficult to access the same career opportunities as colleagues from a different background.

According to research done by the charity Mind, one in five people with a mental health problem have lost a job when they’ve disclosed their status to their employer, while physically disabled people are under-represented in UK organisations in general. Whatever the disability, employers need to understand their obligations if they’re asked to accommodate special requirements such as reduced working hours, wheelchair ramps or other workplace adjustments. And indeed, all employers should also keep in mind that people with disabilities have exactly the same rights as others when applying for work.

Declining birth rates, increased lifespan, greater competition for labour and skill shortages have resulted in the UK’s current workforce spanning several generations. Age discrimination can include forcing an employee to retire or barring an older employee from applying for promotion or a change in role.

Discriminating against people because of their sexuality is illegal. An employer cannot bar someone who identifies as LGBTQ from equal opportunities at work such as promotion, training, time in lieu or other standard practices.

For more information on promoting diversity in the workplace visit:

A nationally recognised accreditation given to employers who actively encourage job applications from people with a range of disabilities.

A wide range of information on all things related to workplace diversity.