Recognising the signs that someone may be suicidal 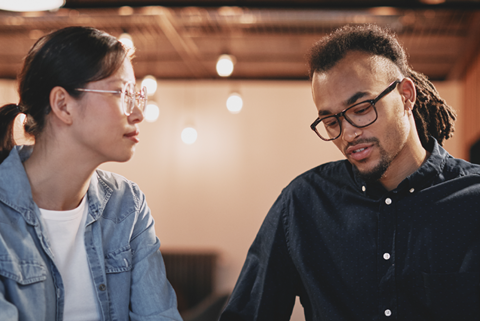 It’s a myth that someone who talks about wanting to die by suicide won’t go on to take their life. In fact, it’s not uncommon for people to try and tell a friend, family member or colleague about their intentions in advance. You might hear someone say something such as:

Granted, in some cases, there might not be any signs that someone is suicidal, but in the majority of cases, we are given an opportunity to assist someone to find hope and help. We just need to know what to look for.

Signs that someone may be suicidal

Someone who is suicidal may exhibit some or possibly many of the following signs. However, some of these can also be signals that the person is feeling depressed or is experiencing low mood without being suicidal. This is why it’s key to approach someone you’re concerned about as soon as possible. The earlier you can offer a non-judgemental, listening ear, the more quickly you’ll be able to signpost the individual to the right kind of professional support.

Remember that the following list is by no means exhaustive – everyone is different and will express their feelings in their own way. However, if you sense that someone may be suicidal despite not seeing many signs, don’t ignore your instincts.

The most important question you can ask someone you think could be suicidal is one that is very direct. “Are you considering suicide?” or “Are you thinking about ending your life?” are two ways to ask about someone’s intentions. While it might seem counterintuitive to ask, rest assured that you can’t put the idea of suicide in someone’s mind by asking about it.

Asking someone if they’re suicidal will not cause them to consider it. Instead, it will open up a conversation where they feel validated, heard, and cared for. When we respond compassionately and encourage someone to seek the most appropriate type of help, we’ve made a big difference to them. Together, we can save a life.

Behaviours that may indicate that someone is suicidal include:

Other indicators that someone may be suicidal include:

Even if the person isn’t considering suicide, if you observe any of these signs, it’s likely that they’re struggling in some way and are in need of support. While it’s important to look at the whole picture and not assume that these signs always indicate that someone is suicidal, if you hear or see anything that worries you, approach the person and ask them how they are.

Next article: Supporting someone who is feeling suicidal