The truth about suicide: dispelling the myths 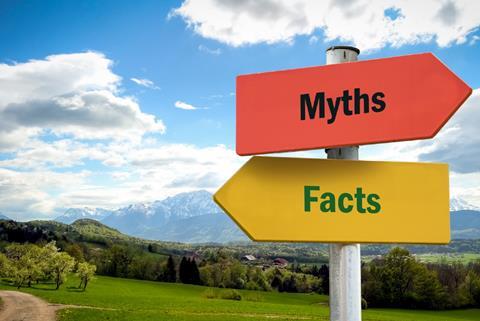 Despite the fact that nearly one million people around the world take their own lives every year, suicide remains very stigmatised and misunderstood. In this article, you’ll discover the truths behind the myths.

The truths behind the myths

Truth: The vast majority of people who feel suicidal do not actually want to die. They simply don’t want to be in emotional pain any longer and can’t see any other option to deal with their distress. It’s not a case of wanting to be dead forever, but instead wanting to be dead until the crisis in their life passes. But, in the midst of enormous emotional pain, it’s not uncommon that no option other than suicide exists in the person’s mind. Research also tells us that the vast majority of people who have survived suicide attempts later report feeling grateful that they didn’t die. This fact alone suggests that we can all play an important role in offering hope and help to someone who feels as if they have run out of choices.

Myth: Suicide is inevitable. If someone is going to take their life, there’s nothing you can do about it.

Truth: Suicide is without doubt the single most preventable cause of death there is. Even up until the last second, we can all help to save a life by offering a compassionate, non-judgemental, listening ear and help the person to access specialist suicide-prevention services. Sadly, when we assume that suicide is inevitable, it allows us to avoid taking action with a clear conscience, but the truth is very different. We can all play a role in saving a life.

Myth: Asking someone about suicide will put the idea in their head.

Truth: This misconception is a very common concern and is what most often stops us from asking someone if they are suicidal. The reality is that you cannot put the idea of dying by suicide in someone else’s mind. On the contrary, asking someone directly about suicide gives them the permission to share their feelings with you. And asking the question also tells them that you’re not judging them but understanding that feeling suicidal is actually not uncommon. Once someone starts talking, they have a good chance to exploring other options that don’t include suicide.

Truth: The term ‘attention-seeking’ has very negative connotations. It’s much more helpful to think about someone who tells you that they feel suicidal as communicating that they’re in tremendous distress and need someone to help them to find relief. Feeling suicidal is incredibly isolating and having the safe space to share difficult feelings with another person can feel like a real unburdening. In fact, helping someone to talk about their suicidal feelings can save a life.

Myth: People who talk about suicide aren’t really serious about it.

Truth: Many people who have died by suicide will have told someone how they were feeling before they took their own life. They might have done this very directly by specifically talking about suicide, or they may have said something less direct along the lines of "I don’t think that I can go on", or "If one more thing happens, I’m getting out". Whether or not someone is direct or indirect, it’s crucial to always take someone seriously if they talk about feeling suicidal. Helping them get the support they need could save their life.

Myth: When someone is suicidal, they feel this way 24 hours a day.

Truth: There is no reliable evidence for how suicidal feelings change over the course of time but we do know that most people who are suicidal will have periods during a day where they feel less distressed than others. For some people, suicidal feelings may be stronger at night, while others might find mornings or afternoons more difficult. There might also be times during a day where someone doesn’t feel suicidal at all, despite having experienced these feelings very strongly just a few hours before. It’s important to recognise that the intensity and duration of suicidal feelings are as unpredictable to others as they are to the person living with these thoughts. This is why talking to someone at length about how they’re feeling can help you to understand their experience and encourage them to speak to a suicide-prevention specialist before a crisis.

Truth: This common belief is very damaging and can stop people from telling someone that they’re feeling suicidal for fear of being judged. The reality is that people who are suicidal have come to a place whereby they feel as if their loved ones would be better off without them. It’s not uncommon for someone who is considering ending their life to express the feeling that they’ve become a burden to others thus, in their mind at least, they are making things easier for those around them. Erroneously thought of as selfish by some perhaps, but selfless in the mind of the person who is thinking of the wellbeing of his or her loved ones.

Myth: Most suicides occur without any warning.

Truth: The majority of suicides have been preceded by warning signs, whether verbal or behavioural in nature (or both). Of course, a small number of suicides occur without any warning at all, but the majority of people who take their own lives exhibited signs that they were suicidal in the preceding months, weeks or days before their deaths. This is why it’s so important that everyone knows what signs to look for, and what to do when you encounter them.

Myth: Only people with a mental health problem think about suicide.

We can all get to a point where we feel overwhelmed by life events, particularly if we experience many in a short period of time. No one is immune from suicidal feelings.

Next article: Why language is important in suicide prevention