Why language is important in suicide prevention 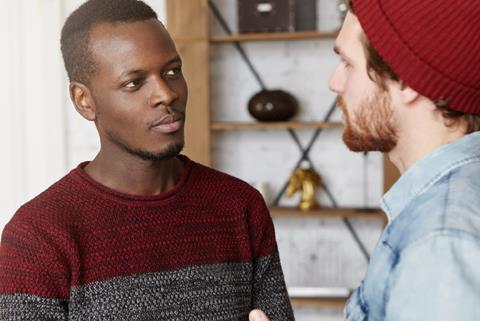 Suicide was decriminalised in England and Wales in 1961, and in Northern Ireland in 1966. The Republic of Ireland saw the decriminalisation of suicide in 1993, while suicide has never been a criminal act under Scottish Law.

And yet, the term ‘commit suicide’ remains in our daily vocabulary despite it no longer being a crime amongst our nations. The connotation behind the use of ‘commit’ is that someone has committed a crime or a sin. Granted, some people do feel that suicide is against their religion’s tenets, but when supporting someone who is suicidal, it’s important to use appropriate and inclusive language. Remember words have the power to hurt or heal.

The drive to change the common language used to describe suicide began in the bereaved by suicide community as well as amongst people who had survived a suicide attempt. Just as the language we use when referring to people from LGBTQIA+ communities, ethnic minorities, and people with disabilities has changed over the years, the language is changing around suicide to become more inclusive and less derogatory.

“When someone refers to me as once having ‘tried to commit suicide’, I feel so ashamed! Being in huge emotional pain is not a crime and yet I’ve been made to feel like an awful person because I made an attempt on my life.”

“A doctor once referred to my ‘failed suicide attempts’. I hear that term a lot but it upsets me every time it’s used. I also feel upset when people talk about a ‘successful suicide’. I mean, if someone has a heart attack and dies, does that mean that they had a ‘successful heart attack’?”

“I’ve felt suicidal three times in my life, and every time I’ve been referred to by friends and once, even by a colleague, as an attention-seeker. I don’t know why some people equate being in massive mental pain with seeking attention. If someone was in agony from cancer and was crying out for pain relief, the last thing you’d call them is an attention-seeker. When I’ve felt like ending my life, I’ve been desperately trying to stop the emotional pain. I need kindness, not judgement.”

You can help people who are feeling suicidal to feel less judged – and therefore more likely to share their story with you – by considering the words you use and how they can affect them.

Next article: Recognising the signs that someone may be suicidal