Why people die by suicide 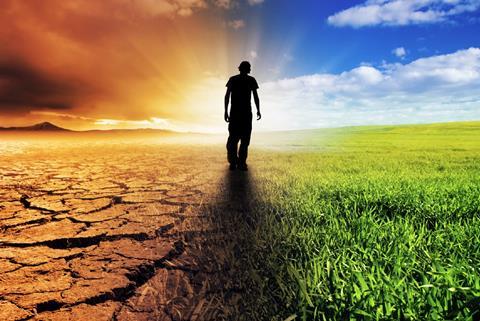 As is the case with most human behaviour, suicide is multicausal. In other words, people who die by suicide have lost all hope that they’ll ever feel better due to experiencing many different things at once.

When someone who is suicidal is assessed by a medical practitioner such as a GP, psychiatrist, or other specialist, their ‘risk factors’ for suicide will be explored. This is the role of a professional who has very specific training in the area.

Those of us who are not qualified must never look at a person’s known risk factors as an indicator that they will die by suicide.

It’s therefore very important to never attempt to asses someone yourself or draw conclusions about the likelihood that they will or won’t attempt to take their life.

If you have any concerns whatsoever that someone is considering suicide, contact the emergency services on 999 who will take the person to a place of safety and give them the professional support they require.

The reality is that most majority of people who feel suicidal do not actually want to die. They simply don’t want to experience their ongoing emotional pain any longer and can’t see any other option. In other words, they may want to be dead until the crisis passes – not dead forever.

Research conducted over the years also tells us that the majority of people who have survived suicide attempts later report feeling grateful that they didn’t die.

The World Health Organisation (WHO) suggests that the reasons why people die by suicide can be placed into four main categories:

However, a word of warning!

As useful as these groupings are, it’s also vital to recognise that the reasons for suicide are as unique as the people who die in this way. Someone who feels suicidal may not even understand why they wish to die and are unable to point to a specific reason. Sometimes, people just want their emotional pain to end.

Why do the majority of suicides occur amongst males?

It’s tempting to explain suicide’s gender disparity in simplistic terms by saying that women are simply more open to sharing their problems than are men. But it goes far deeper than that and is a problem created and sustained at a societal level. For countless generations, our society has encouraged a macho culture where boys and men are conditioned to be ‘strong’ and not admit that they’re struggling or show signs of emotional distress. On the other hand, females are more likely to be conditioned from very early childhood to express their emotions and acknowledge when they need help. While this is a generalisation, and everyone is different, much depends on our individual background, cultural identity, and other factors. However, the statistics support the reality that it remains many more men are still struggling in silence.

Research suggests that men seek professional help for their wellbeing less often than women. One well-respected study published by the British Medical Journal concluded that rates of visits to GPs are 32% lower amongst men. If you’re male, asking for help can feel incredibly difficult, particularly when others around you see emotional distress as a weakness or a sign that you’re ‘not a real man’.

In the absence of professional or social support, men are statistically more likely to turn to alcohol to medicate their emotional pain. In fact, men are nearly twice as likely to meet the criteria for alcohol dependence, although the reasons why this is so is not clear. Substance misuse can deepen depression, disrupt sleep, lower inhibitions, and ultimately in some people, contribute to suicidal feelings.

While women also have pressures at work and many are the sole earners in their households, men do face a more insidious societal expectation that men are providers, and that to be unable to support one’s family is a source of shame. Add to this the idea that we live in a very materialistic society, where financial stability is linked to self-esteem, and we can see why some men may struggle in different ways than do women.

In many cases, men have smaller social circles than do women. This may be as a result of a man working to build his career to the detriment of social connection, or because men are conditioned not to need the support of others as much as women are. It’s also possible that women are more likely to come into contact with non-family and non-career related networks than men, such as other mothers during the childrearing years. There is no one reason why some men might feel more socially isolated than their female counterparts, but it’s thought that men could be more vulnerable to having less robust social networks.

People die by suicide because they have lost hope. In their mind, it has become more painful to continue living than it is to end their life. People who die by suicide have lost hope that things will ever get better, that their life will improve, and that their circumstances will change. But with the right knowledge and skills, you can help people to make the decision to live.

Next article: The truth about suicide - dispelling the myths